“Hector Pieterson Museum and Memorial . . . solemn insight into the events leading to the uprising in Soweto”

“. . . display of courage shown by children in the face of police might!”

“. . . a window into the recent dark history of South Africa and more specifically Soweto” 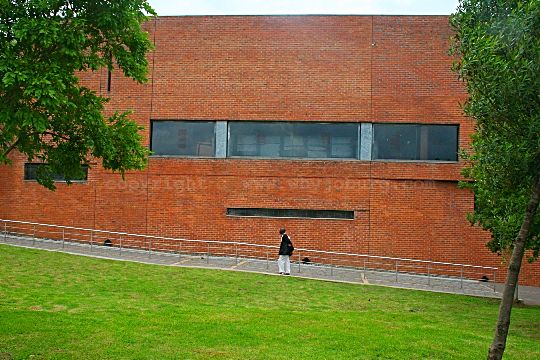 The Hector Pieterson Museum, and the adjacent Hector Pieterson Memorial in Khumalo Street, Soweto, opened on the 16th June 2002, a few hundred meters from the spot where the 12 year old child was thought to have been the second school pupil gunned down by police on 16th June, 1976 – but the first to die!

The Hector Pieterson Museum, resembles an interpretive centre, and is dedicated to the events that led up to, and includes, the 16th June 1976 students uprising.
It’s basically a museum to a ‘day-in-the-life-of-South-Africa’.
A day that radically changed the manner in which South Africa was governed and a day that radically changed the course of South Africa’s history.

A temporary Hector Pieterson Museum that was put up on the site in 1996, was built out of shipping cargo containers 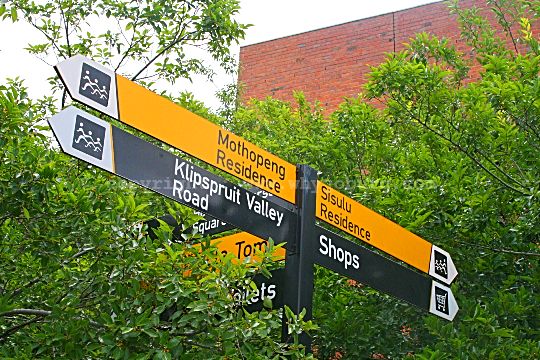 PLEASE NOTE : DUE TO COVID-19 RESTRICTIONS, DETAILS GIVEN HERE COULD BE INACCURATE.
PLEASE CHECK WITH HECTOR PIETERSON MUSEUM AT THE NUMBERS BELOW!

HECTOR PIETERSON MEMORIAL :
An open air memorial, with free access to all 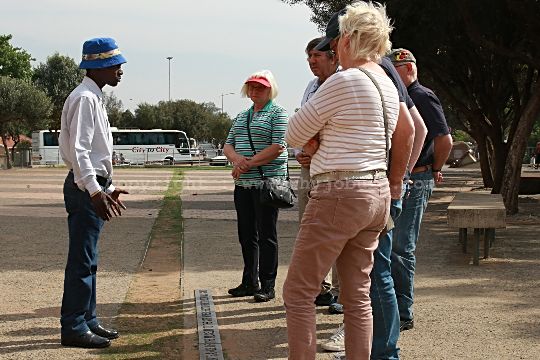 To understand the Soweto student uprising, one needs to look at the Bantu Education Act of 1953, which was a law that allowed the Nationalist Government to impose its doctrine of apartheid on all levels of education.
It started with schools, and later included universities, that were specifically for Black students – divided along racial lines.

The vast majority of rural children at the time were educated in, often very good, church run Missionary schools, the bulk of which were forced to close when the government stopped funding them.

All Black education was brought under the direct control of the apartheid state with a syllabus devised by that state, and in line with the thinking of Hendrik Verwoerd, the Minister of Native Affairs who said “…there is no place for (the Bantu) in the European community, above the level of certain forms of labour . . . “ 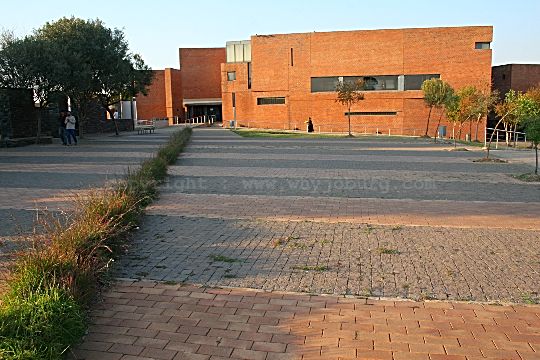 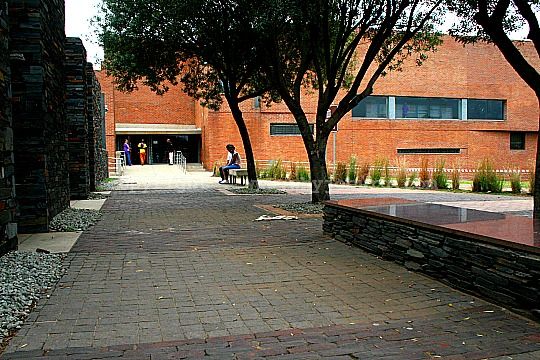 Between 1972 and 1976, the government attempted to improve the quality of labourers by improving their education.
They built forty new schools in Soweto which increased the number of students dramatically.
The Afrikaans Medium Decree was implemented in 1974.
The Decree made Afrikaans and English, the teaching medium for black children.
This only affected the children’s final six years (Std. 5 to Matric) at school.

English had always been accepted as a teaching medium, but there was huge resentment to Afrikaans.
Afrikaans was seen as the language of the “oppressor”.

On 30th April 1976, the first signs of resentment showed.
Students at Orlando West Junior School in Soweto called a strike, and refused to go to school.
This soon spread to other schools.
On 13th June 1976, a pupil at the Morris Isaacson High School – *Teboho ‘Tsietsi’ Mashinini, suggested a meeting to find a solution.
Mashinini was well-liked, intelligent, the captain of the debating team and president of the Methodist Youth Guild,
(*Mashinini died mysteriously in exile, but was subsequently exhumed and buried in the Avalon Cemetry in Soweto)

The result of this meeting was that an Action Committee, later known as the Soweto Students’ Representative Council, was formed.
It called for students to march on June 16th, from different parts of Soweto towards the Orlando West Junior School.
This march was to pledge their solidarity with those on strike.
The plan was to have the leaders address the students, and then end the protest. 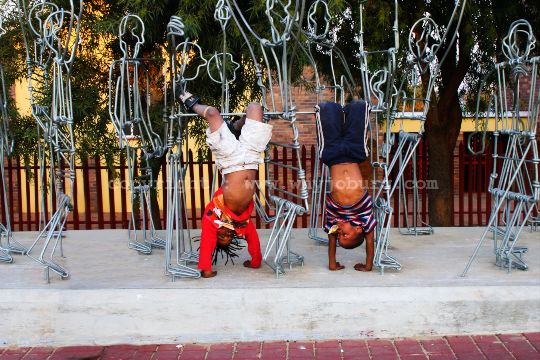 A more accurate underlying cause of the protests was the inferior Bantu Education, although the whole apartheid system would have been the true cause of any protest.

On Wednesday 16th June 1976, pupils were due to start writing exams.
Despite police roadblocks, an estimated 15,000 students took to the streets in different parts of Soweto.

One group of children confronted the police on the corner of Moema and Vilakazi Streets, outside the Orlando West High School.
The police weren’t prepared, and were ill equipped to control the marchers.
Rocks were thrown at the police who responded by using teargas and firing a number of warning shots.
Before the children could disperse, the police opened fire.

Sam Nzima, a photographer for The World# newspaper in Johannesburg, was taking photographs of the goings-on.
(# The World newspaper was banned and shut down by Minister of Justice Jimmy Kruger in 1977).
He took the iconic photo of *Mbuyisa Makhubo, an 18 year old fellow student, carrying Pieterson body.
Pieterson’s traumatized sister, then 17 year old Antoinette, was running alongside.
Makhubo ran to Sam Nzima’s car, and Pieterson was driven to the Phefeni Clinic, where he was pronounced dead.
(*Makhubo was harassed by the police after the incident and went into exile in Botswana.
From there he went to Nigeria, where he was last heard from, before vanishing without a trace) 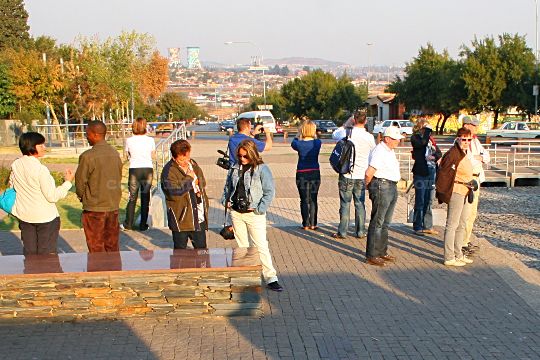 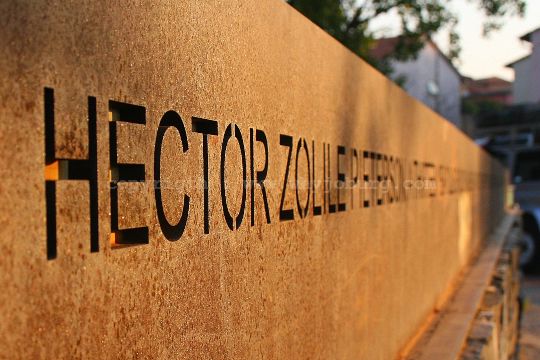 16th June 1976 is commemorated as a public holiday – National Youth Day, to honour all young people.

Nelson Mandela, when released from prison in 1990, acknowledged the debt owed by all black South Africans to the students who gave their lives in Soweto.

Hastings Ndlovu, 3 years older than Pieterson, was believed to have been the first child shot by police – in a separate incident 600 meters away, on the old Orlando West bridge on Kumalo Main Road.
He died of his injuries in the Baragwanath Hospital (since renamed the Chris Hani Baragwanath Hospital) later in the day.

The photo below shows the neglected Hastings Ndlovu outdoor memorial with his statue.
The site has since become overgrown and abandoned, and the statue removed for safe keeping after being damaged and desicrated! 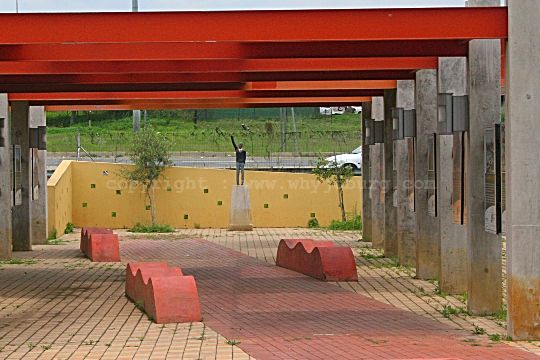 Hector Pieterson Museum and Memorial does not have a website

Whilst every attempt will be made to keep the information on this website relevant and up to date, we accept no responsibility for consequences arising from errors or omissions.
Return from ‘The Hector Pieterson Museum and Memorial’
to www.whyjoburg.com Home page