” . . . difficult to comprehend how those in charge could treat people in such an inhumane manner” 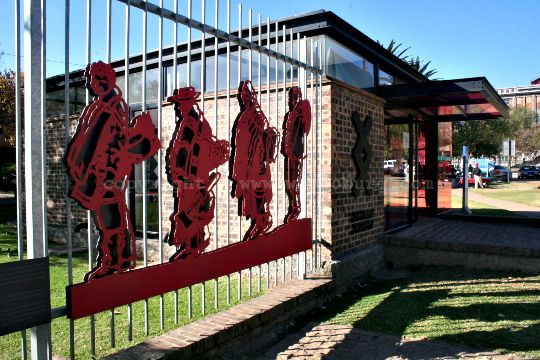 I found The Workers Museum, which was one of a number of compounds’ run by the Johannesburg City Council, absolutely fascinating!

Despite it being no more than an old, albeit beautifully, renovated building, that goes by the name of The Workers Museum, it’s fundamentally a museum to the system of migrant labour.

This was a system that seduced thousands of workers, from all over Southern Africa, to the city of gold, but a system that, sadly, very seldom acknowledged the immense contribution they made to the growth of Johannesburg!

The Workers Museum, opened as a museum in 2010, is a building that gives such a graphic insight into the hardship that black, male migrant labourers had to endure. 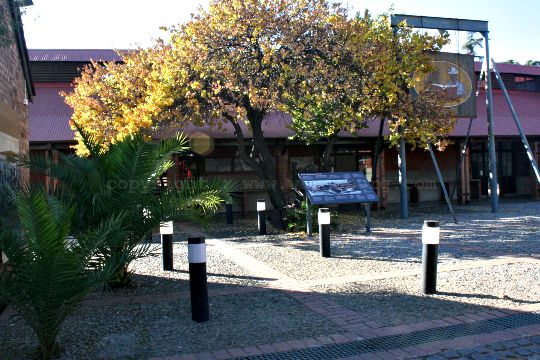 PLEASE NOTE : DUE TO COVID-19 RESTRICTIONS, DETAILS GIVEN HERE COULD BE INACCURATE.
PLEASE CHECK WITH WORKERS MUSEUM AT THE NUMBERS BELOW!

WORKERS MUSEUM GUIDED TOURS :
The Friends of the Workers Museum offer special tours as well as heritage trails of the Museum and Newtown.
These must be booked in advance!
Telephone : +27 (0)11 336-9190
Send an E-Mail 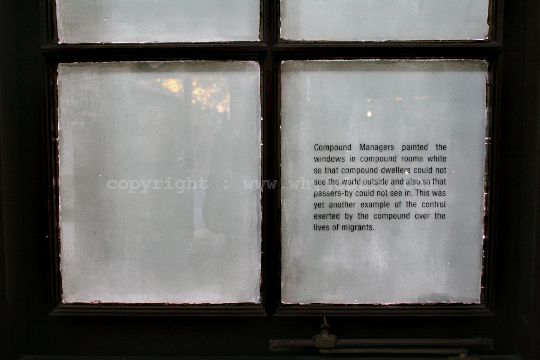 The Newtown Workers’ Compound, designed to house 330 workers, was built by the Johannesburg City Council in 1913, and was used initially to house their Cleansing and Sanitary Staff.

From 1927, it was used to house labourers employed in a number of power stations in the area, and from 1972, was used to house general municipal workers.
The compound was operational until as recently as the early 80’s, and finally converted into a storage facility in the late 80’s.

It was one of a few remaining compounds that was run by the Johannesburg municipality.

The design of the building, like others operated by the City Council, was an adaptation of the living quarters once used to house migrant workers on the mines.

The beds were of a two tier system – the lower bunk a concrete shelf, and the upper one, a wooden shelf.

No mattresses or lockers were provided. 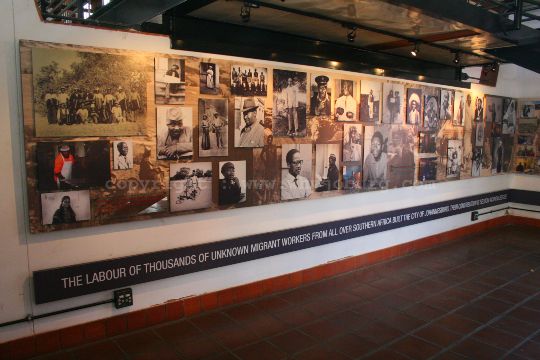 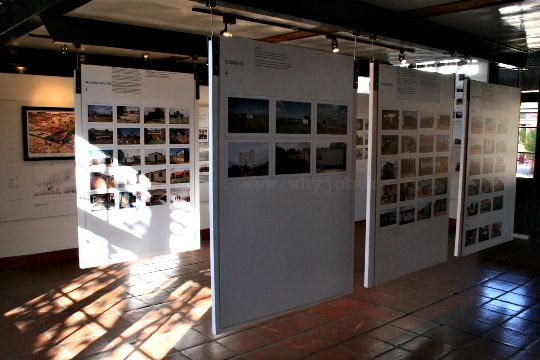 Ablutions were appalling, with one latrine provided for every 41 men, and one cold shower for every 36 men!

A number of displays explain how significant the migrant labour system was in building both the city’s – as well as the country’s, culture and economy,
The Workers Museum gives a very detailed look at what were – at the very least, appalling living conditions.

It shows how the men were controlled and exploited by government policies and municipal management.
There were nine dormitories where hundreds of men lived in slave-like conditions, sleeping alongside one another on slabs of concrete – or if an established worker, on the upper wooden level of the bunk, with no personal privacy and not being allowed to talk after 10.00pm!
There was no electricity and the men were not allowed visitors. 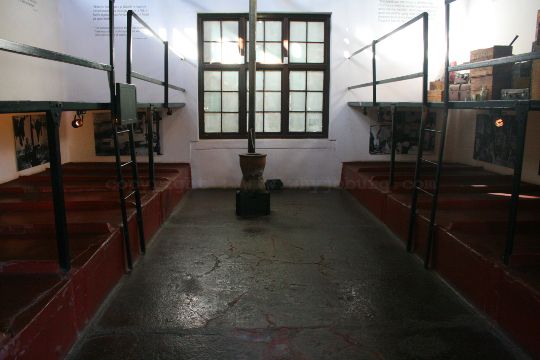 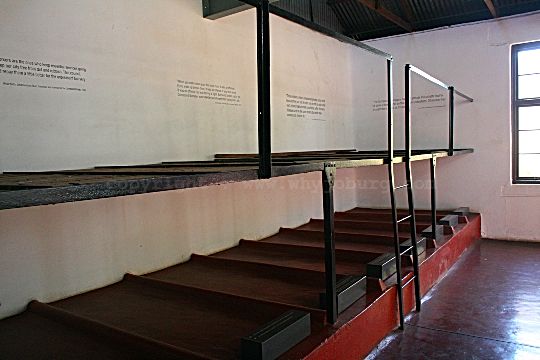 Rules were severe, and the compound manager, who was always white and who had his own cottage adjoining the cramped black living quarters, controlled their lives totally.

These meaningless, “small” offences were dealt with, using harsh, inhumane punishment that included having cold water, freezing in winter, thrown over the “accused”, or the “accused” being tied to a tree in the courtyard overnight – if the lock-up room was otherwise occupied.

Included in the exhibition are recordings of workers who lament the fact they were separated from their families for such long periods of time – although this phenomenon, still happens today.
The rural areas are very often not able to sustain families and men are forced to leave their families in search of work in the city. 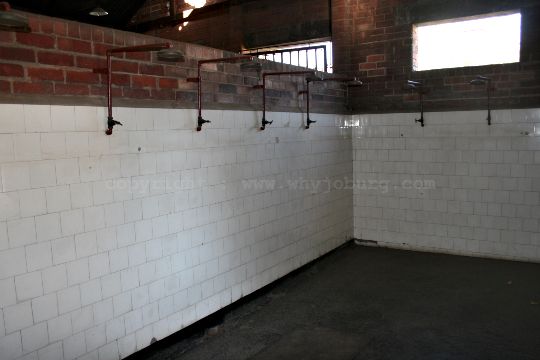 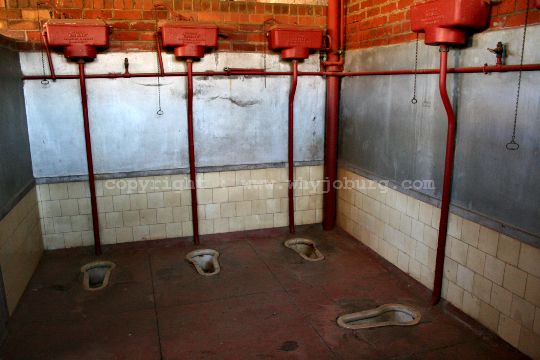 Whilst every attempt will be made to keep the information on this website relevant and up to date, we accept no responsibility for consequences arising from errors or omissions.
Return from ‘The Workers Museum’
to www.whyjoburg.com Home page